Multan, commonly known as the Metropolitan Area, is one of the most densely inhabited areas in Pakistan. It is the fifth most populous city in Pakistan. Multan is one of Pakistan’s main cities, recognized for its lively history and Sufi tombs around the nation. Multan, on the other hand, has a high literacy rate, owing to its excellent educational system. When it comes to higher education institutions (colleges and universities), Multan is recognized for its academic institutions, particularly private and governmental universities, in addition to these magnificent features. Students from south Punjab prefer to study in the best universities in Lahore and Multan.

Multan has a profusion of them offering high-quality education programs. Some of Multan’s best universities are listed here.

Multan’s Bahauddin Zakariya University (BZU) is one of Pakistan’s major institutions. It first opened its doors in 1975, with eight divisions functioning out of rented accommodation. The institution today contains over 50 departments, institutes, and colleges, as well as a sizable student body. Originally known as the University of Multan, the name was changed in 1979 to honor Hazrat Bahauddin Zakariya, a thirteenth-century Islamic mystic who founded a hub of theological research at Multan. Multan has maintained a strong academic culture ever since.

BZU is among the best universities in Multan. BZU provides degrees in over 60 disciplines, as well as short courses and four-year undergraduate programs in a variety of fields. The institution has a thriving agricultural legacy and a well-regarded Faculty of Agricultural Science and Technology, which includes eight research facilities. It is located in a farming-dependent region.

At Sahiwal, Layyah, and D.G. Khan, the university has developed three sub-campuses. Its academics collaborate closely with the community and organizations, as seen by the University College of Textile Engineering, which was founded in 2004 to serve the local textile industry. The Faculty of Veterinary Sciences, the Saraiki Area Study Centre, and the Institute of Biotechnology are all recent additions to the institution. BZU is the fastest-growing public university in Pakistan.

It is a private institution with 7000 students. In 2010, the institution was established. Both Arts and Engineering majors are available at the institute. The university is approved by the Higher Education Commission (HEC) and has been established and bestowed with the Degree Awarding Institute by the Punjab Government through legislation. Institute of Southern Punjab Multan is known for its academic work in the disciplines of Engineering, Physics, Computer science, Education, Economics, Biology, and Mathematics.

The Institute of Southern Punjab, Multan, also known as ISP, is the first and only private institute in Southern Punjab dedicated to promoting higher education in this area, which has the lowest literacy rate in the country. ISP is a prominent provider of cutting-edge education to students, and they are known for their honesty and quality expectations. ISP focuses on human success and advancement in order for students to become effective and responsible members of the Institute community and society.

In Multan, the MNSUAM is a government university. It was founded in 2012 at the request of Punjab Chief Minister Mian Muhammad Shahbaz Sharif. It is designated to take the lead in the creation and growth of higher education possibilities in agriculture, training, research, and support for creative approaches to humanity’s progress. They provide degrees titled as BSc, BS, BBA, MS, and Ph.D. It has various educational departments offering degrees in agriculture, biotechnology, computer science and IT, Food and technology, Fisheries, Plant pathology, soil science, etc. 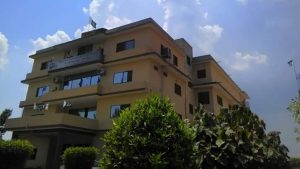 In the heart of Multan, PIET is present as a research-based university. The institution was built to equip students with a technological background at an inexpensive price. It was established in 2013. It is one of Multan’s most prestigious private universities. For a successful career, PIET continually revises the curriculum in accordance with the most recent research and innovation. In the framework of scientific and technical areas of national concern, research efforts are largely focused on accomplishing the goal of rapid achievement of industrial competence in newly developing domains of science, engineering, and technology.

PIET offers degrees in various fields including computer sciences, civil engineering, and mechanical and chemical engineering. The civil, mechanical, electrical, and computer science labs are well-equipped representing the state-of-the-art. The university has enough space to provide high-quality studying and teaching that incorporates the most up-to-date knowledge. The faculty is incredibly competent and skilled, and they go above and beyond to assist students in their learning and growth. Academic counseling is provided through PIET for students. Services are available to help students improve their abilities and engagement.

The Women University is one of the government institutes in Multan. It was founded at the request of Punjab Chief Minister Muhammad Shahbaz Sharif. The Women University enjoys the status of being the city’s first women’s university. Under the semester system, the University provides BSc, BS, M.Sc, M.A, M.Phill, and Ph.D. in several fields. It offers degrees in various subjects including Computer science, software engineering and IT, Chemistry, Physics, Sociology, Business Administration, and Psychology. Modern labs are also present in the university’s many departments. The Departments of Chemistry, Botany, Zoology, Physics, and MMG each include five general and research laboratories, as well as five computer labs in the Departments of Computer Sciences and Information Technology, English, Statistics, and Mathematics.

The institution has two campuses: Katchery and Mattital. The university began as a college on the Katchery campus, but the facility was judged insufficient for university operations. The Mattital campus, which includes a central library, a medical center, and student housing, was built as a result of this. Between the two campuses, a university bus shuttle runs.

Women University Multan seeks to develop outstanding world-class education and research in order to cultivate and strengthen students’ competence by uncovering their latent potential, talents, and creativity in order to address the challenges of the twenty-first century. The university is likewise dedicated to teaching and educating girls in a supportive atmosphere, laying the basis for a strong sense of self and character.

MNS-UET is a non-profit government educational institution in Multan, Punjab, with a population of 1,000,000 to 5,000,000 people. It was established in 2012. MNS-UET is a combined-educational Pakistani advance studies institute that legally is approved by Pakistan’s HEC. MNS-UET (Muhammad Nawaz Sharif University of Engineering and Technology) offers a wide range of degrees and courses leading to legally known higher education degrees. MNS-UET also offers educational and non-academic services and amenities, as well as professional support, to its students. The university offers graduation, post-graduation, and doctorate programs in Civil engineering, Mechanical engineering, Chemical engineering, electric engineering, management sciences, Basic science and humanities, and computer science. 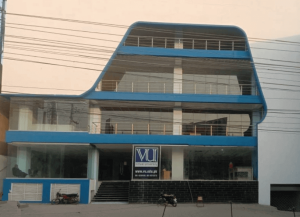 The Government founded the Virtual University as a public sector, non-profit organization. It is the first-ever institute in Pakistan entirely based on non-physical as well as online education technologies. This institution is the greatest education choice for you if you want to acquire a degree from the convenience of your own home. The Virtual University of Pakistan has a Federal Charter, which means that its degrees are acceptable and acknowledged across Pakistan as well as internationally. The Virtual University enlists the help of the top professors the country has to offer. They are graduates of the country’s top colleges and other institutions and are recognized experts in their fields.

Its mission is to serve aspiring students around the country with incredibly inexpensive world-class learning. The Virtual University enables students to pursue its demanding courses despite the offline placement by using television and the Internet to deliver their lectures. As a result, it attempts to address the lack of capacity in current institutions while also addressing the country’s severe scarcity of skilled teachers. The Virtual University provides the best possible programs to everyone in the country by choosing the most appropriate teachers in the nation, irrespectively of their educational associations, and asking the tutors to create and bring effective courses.

Multan is one of the literate cities in Pakistan. Because of its educated population, this city is moving faster towards development and advancement. New generations are also getting busy educating themselves in a better way. For their ease, we have compiled a list of the top best universities in Multan. By reviewing this article, anyone can get help in finding the best institution for himself.