When it comes to preparing for an exam or a test other than school, college, and university, every student needs the best coaching. For the exams like CSS, PMS, PPSC, and FPSC, preparation is very important. For the preparation for CSS exams, there are many institutes and academies in Lahore, but not every academy has the best CSS teachers. Most of the students found compulsory subjects difficult, especially English. English is not very easier and not even the toughest subject. Getting it to learn from the best CSS academy or best English instructor will be worth it. Because it is one of those subjects which are included in every competitive exam. So if you are searching for the best CSS teachers for English in Lahore, you’ll surely get help from this article.

Here is the list of best CSS instructors for English learning with their qualifications and achievements. 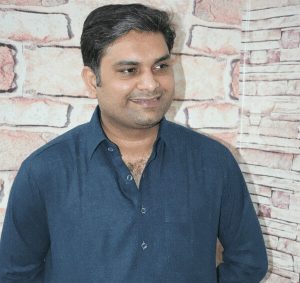 Syed Kazim Ali is one of the best English teachers in Lahore. His name is also included in the list of best CSS teachers in Pakistan. He teaches English grammar and creative writing skills. The way he transfers ideas and knowledge is appreciable. He has experience of 8 years in this field. Due to his exceptional and unique way of teaching, his personality doesn’t need any introduction. He not only helps his students by teaching them but also provides every necessary helping material.

He is also the Founder of Howfiv, a rapidly-spreading platform for competitive test preparation. His hard work is now paying him through this website. Other than academic coaching, he also delivers online lectures. He is also known as one of the best writers and bloggers and he is also helping learners through his blogger coaching. He has changed many lives through his efforts. He has also written many articles about creative content writing. He has not only encouraged students but also helped many professional peoples like teachers, authors, writers, and journalists in learning the English language and grammar. Being a CSS aspirant, he is an aspiration in true meaning. He has made thousands of learners top get highly paid jobs as tutors as well as writers and bloggers. His dedication to his work is remarkable. 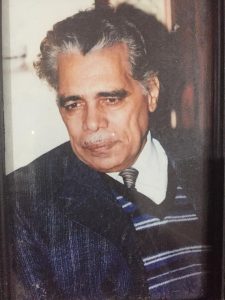 Sir Muzaffar Bokhari is another great mentor and a well-known teacher in his field. He did his B.A. in English in 1960 and M.A. in English in 1963. He is a retired professor of GCU Lahore. He has established an academy for the preparation of competitive tests. The name of the academy is Bokhari Institute of Competitive Studies (BICS). He is not an advanced-level teacher. He can teach English from basic to intermediate level. You can ignore his slow speed of teaching in front of his concepts. He is not just a good teacher but also a great human being. He can guide you in your essay write-ups as well as grammar correction. He is now also devoting his time to other activities like poetry, column-writing, play-writing, and broadcasting. His academy is serving the best for CSS, PMS, and other competitive test students. Many of the CSS aspirants who have passed the CSS exam prepared from this institute. So if you want to pass CSS exams then enroll yourself in CSS 2022 registration with the guidance of Sir Muzaffar Bukhari. 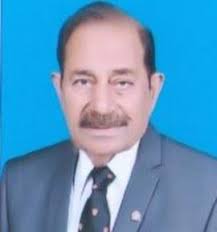 Sir Razi Abedi is an institute himself. He did his M.A. in English from the University of Punjab. He was the chairman of the English department at PU. He has written and published much literature, especially on multicultural topics. Other than English, he has also written many Urdu literature. He is among the most reputed teachers and scholars in Lahore. He is a literary figure and activist also. He mainly focuses on essays and precise writing. He has great command of composition. Despite his age, he is still good at his concepts in English. He knows the art of writing which he is delivering to his students also. Sir Razi Abedi is the most known and famous English mentor among all CSS aspirants. He also provides useful tips and ideas to pass the CSS/ PMS exam on the first attempt. He is just providing his teaching services to students living in Lahore, but other students can seek knowledge from his YouTube channel and his website. 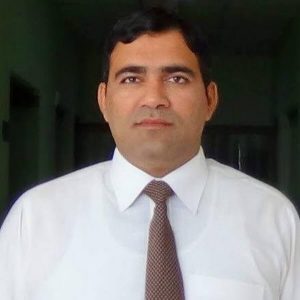 Prof Zahid Ashraf is a great CSS aspirant as well as the best English teacher for CSS in Lahore. He is the writer of many books also. His books are proven to be the best sources for CSS preparation. He has made his institute for CSS/ PMS test preparation. The name of his institute is Zahid Ashraf Institute for CSS (ZAIC), offering physical and offline classes. This institute is not only for English, but it has the best CSS instructors for all the compulsory and elective subjects. His academy is among the best CSS academies in Pakistan. He is also giving online lectures via YouTube for far-living students. Many of the CSS learners come to Lahore to take admission in ZAIC. CSS students who live in Lahore can go to his institute and learn excellent English essay writing skills, comprehension, expression and expansion, and precise writing from him. He is charging less as compared to other CSS institutes.

Apparently, there is not a single teacher, book, academy, or any other thing in the world that can help you in qualifying CSS exam. The only thing is your willpower and hard work. If you are looking for some guidance to prepare CSS exam in a better way, then hopefully you find this article useful. We have mentioned the four most highly-reputed and best English teachers for CSS in Lahore. We have also given their contact details, through which every CSS/ PMS student can easily approach them and seek English writing and grammar skills from them.