Quran is not only a way of receiving guidance on the rules of behavior, but it is also a way of receiving Allah’s gifts and recompense. There are particular passages or Surahs of the Quran that take precedence over the rest of the Surahs when it comes to collecting this prize, such as Surah Fatiha, Surah Ikhlas, Surah Kausar, and so on. Surah Al Kahf is one such Quran Surah. The following lines explain the primary benefits of reading and reciting Surah Al Kahf as stated in several Prophet Muhammad hadiths (PBUH).

Many ahadees discuss the benefits of reciting Surah Al-Kahf. In this situation, it is said that whoever reads the first 10 verses (or the final ten according to the hadith) of this Surah between this Friday and the following Friday would be lit by a light (Noor).

Dajjal is one of the most important people of the end times, and he will destroy humanity. He will wreak chaos in the world, and because of his power, people of low and weak faith will turn to him and gather around him. Those who believe will pray to Allah Almighty to protect them from his destruction at that time. If one desires to be protected throughout this period of great tribulation and destruction, one should endeavour to remember the first 10 verses of Surah al Kahf and recite them whenever the opportunity arises.

“Shall I not tell you of a Surah that is so good that it reaches between the heavens and the earth, and it has blessings written for it in equal proportion (from the sky to the earth)? Whoever reads it on Yaumul Jummah is forgiven for what happened between that Jummah and the next, in addition to 3 days (i.e. 10 days in total), and whoever reads the last five ayat of it before going to sleep, Yes, O Messenger of Allah, they replied. Sura Ashabul Kahf, he said.

On the day of Jummah, this narration lists a number of benefits of learning and reciting Surah al Kahf. The first virtue is that from one Friday to the next, including the previous three days, the person is pardoned. Meaning that if you read Surah al Kahf on Friday, you will be sin-free for 10 days. The second virtue mentioned in the hadith is that if a person sleeps after reading the last five verses of Surah al Kahf, he or she would be granted anything they desire. As a result, reading Surah al Kahf on Friday nights and before going to sleep every night provides the benefits of expiating sins and granting wishes. As a result, every Muslim who requires these two virtues should make it a habit to recite Surah al Kahf every night in overall and on Friday nights in specific.

Importance of Surah Al-Kahf in Light of Ahadees

When we perform any Sunnah form of faith regularly and only for the goal of pleasing Allah SWT, we raise our position in the eyes of Allah SWT, not because everyone else is doing it and we should too. We should make an effort to read it every Friday.

“Whoever puts to memory the first ten Ayat of the Surat Al-Kahf, will be safeguarded from (the trial of) Ad-Dajjal (Antichrist),” stated Allah’s Messenger (salallahu alayhi wasallam), according to Abu-Darda’ (radiyallahu anhu). [Muslim]

In another Hadith narrated by Ibn ‘Umar (radiyallahu anhuma), “The Prophet of Allah (salallahu alayhi wasallam) stated “: ‘Whoever recites Surat al-Kahf on the day of Jumu’ah (Friday), noor will sparkle for him from beneath his feet to the clouds of the sky, which will shine for him on the Day of Judgement, and he will be forgiven (his sins) between the two Fridays”.

“(Whoever puts to memory) the final ten Ayat of Surat Al-Kahf, he will be safeguarded from (the test of) Ad-Dajjal (Antichrist),” the Messenger of Allah (salallahu alayhi wasallam) stated in another hadith.

Surah Al Kahf contains four powerful and interesting Quranic stories for the sake of faith and Allah’s majesty. As-haab-ul-Kahf is the subject of the first narrative. The Cave’s best friend. It relates the tale of early Christians who embraced the word of truth when they heard it. They were to face reprisal from the general population, so they fled the city and sought refuge in a cave, where Allah Almighty provided them with shelter for 309 years, until the whole city had converted to Islam. After this long interval, Allah reactivates them.

Surah al Kahf is the 18th Chapter of the Quran, and it narrates the account of early followers who embraced the word of Truth when they heard it. However, they were to suffer retribution from the civilization they lived in, so they fled the city and sought refuge in a cave, where Allah Almighty granted them ages of slumber, during which time their whole city converted to Islam. This Surah conveys the idea that individuals who believe in Allah and pray for His shelter will receive the finest shelter the world has ever known. Aside from this enlightening message, the Surah has a number of qualities, as indicated in the hadith.

It also narrates the narrative of a guy who is conceited about his money, gardens, and children, and Allah destroys all he cherishes. This narrative serves as a reminder to people who take worldly things for granted and forget that all they have comes from Allah, and He has the power to take it all away at any time.

Musa (AS) believed he was the most learned person on the planet, however Allah disclosed to him that he is not the most knowledgeable person on the planet. Musa (AS) was dispatched to see Khizar (AS), and he couldn’t wait to see what this guy (Kihizer-AS) would do. He didn’t see the wisdom in it, but Khizar (AS) who revealed himself to be wiser than Musa throughout the narrative (AS).

The most essential lesson to be learned from this is that and nbsp; regardless of and nbsp; how much knowledge have you acquired, it is our entire responsibility to stay humble and not be overwhelmed by it, since knowledge is a gift from Allah, and He is the only one who can bestow it on whomever He chooses.

Dhul Qarnayn was entrusted with a huge dominion that stretched from east to west. But he stayed true to Allah and did not let his might deceive him, and he aided the city’s residents who were afraid of Ya’juj and Ma’juj (Gog and Magog). So, the best method to cope with power’s Fitnah is to be sincere in your acts to Allah.

Read more about 99 Names of Allah with Benefits.

Arslan has always loved writing on Education. His aim is to spread education. He is SEO Expert & Digital Marketing Professional. He lives and breathes about Digital Marketing. Now, he is adopting it as his profession to get some incredible success. Now Arslan is Working on its clients White knight Locksmith austin. Arslan is also on linkedin. 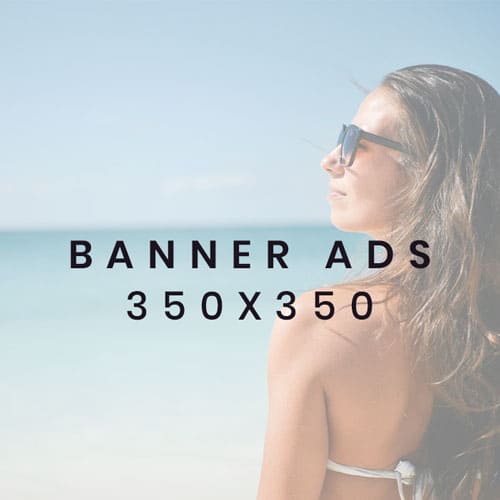